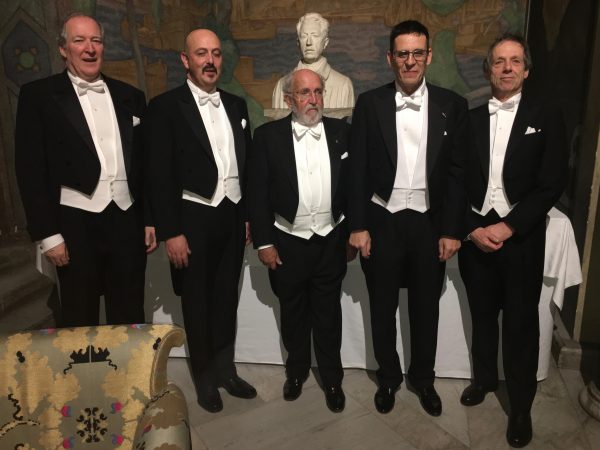 In a very formal and festive ceremony in Stockholm, the Swedish king Carl XVI Gustaf presented the Nobel prizes to this year’s esteemed laureates, among them Michel Mayor and Didier Queloz. Fanfare sounds accompanied his Majesty handing over the medals. As every year, the award ceremony took place on the anniversary of Alfred Nobel’s death, 10 December.