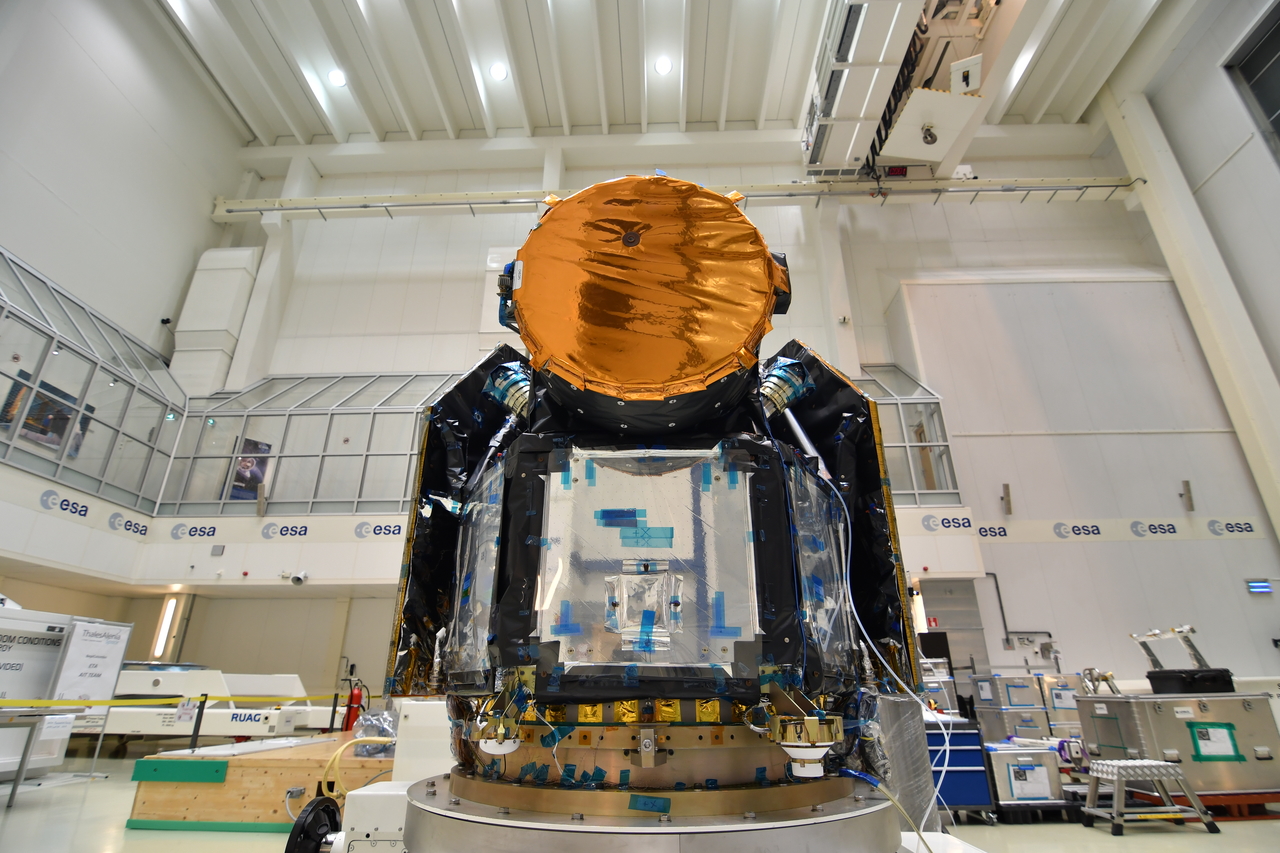 The CHaracterising ExOPlanet Satellite, CHEOPS, will target 15 October to 14 November 2019 for launch as the European Space Agency ESA announced on 23 November 2018. CHE

OPS will lift off on a Soyuz rocket operated by Arianespace from Europe’s spaceport in Kourou, sharing the ride into space with a satellite that is part of the Italian Cosmo-SkyMed constellation. The two satellites will separate in turn into their own orbits soon after ascent, with CHEOPS operating in a low-Earth orbit at an altitude of 700 km. The research satellite was developed jointly by the University of Bern and ESA. It recently completed its test campaign at RUAG Space in Zürich and ESA’s technical centre in the Netherlands, and is currently at Airbus Defence and Space, Spain, to perform final tests, ahead of being declared fit for launch in early 2019. The satellite will observe individual bright stars that are known to host exoplanets, in particular those in the Earth-to-Neptune size range. http://sci.esa.int/cheops/60949-exoplanet-mission-launch-slot-announced/ http://nccr-planets.ch